We had quite the serendipitous weekend recently!

On Saturday, Josh and I set out to admire the cherry blossoms in full bloom. We ventured around our neighborhood, as well as the historic Imai-cho district. However, when we reached the train station it was uncharacteristically packed to the brim with people! I couldn’t even see the platforms in the distance. Everyone was waving flags and cheering, and I was utterly confused as to what was going on. Friends via LINE suggested that it was a return party for the victorious Chiben Gakuen baseball team, or perhaps even…the emperor himself!! We stopped for a bite to eat since it seemed we wouldn’t be going very far anytime soon, but the crowd vanished by the time we finished. Very mysterious… 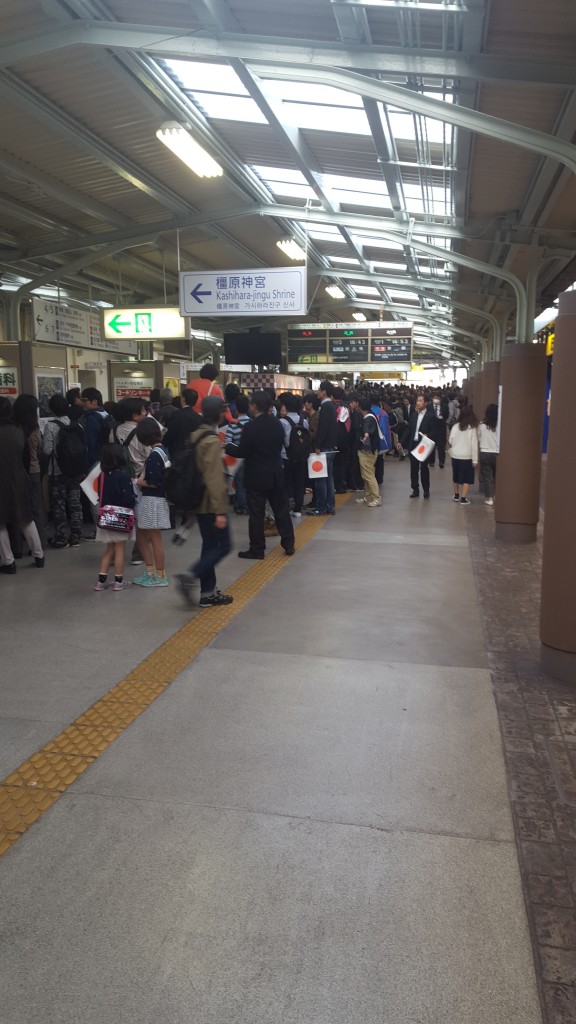 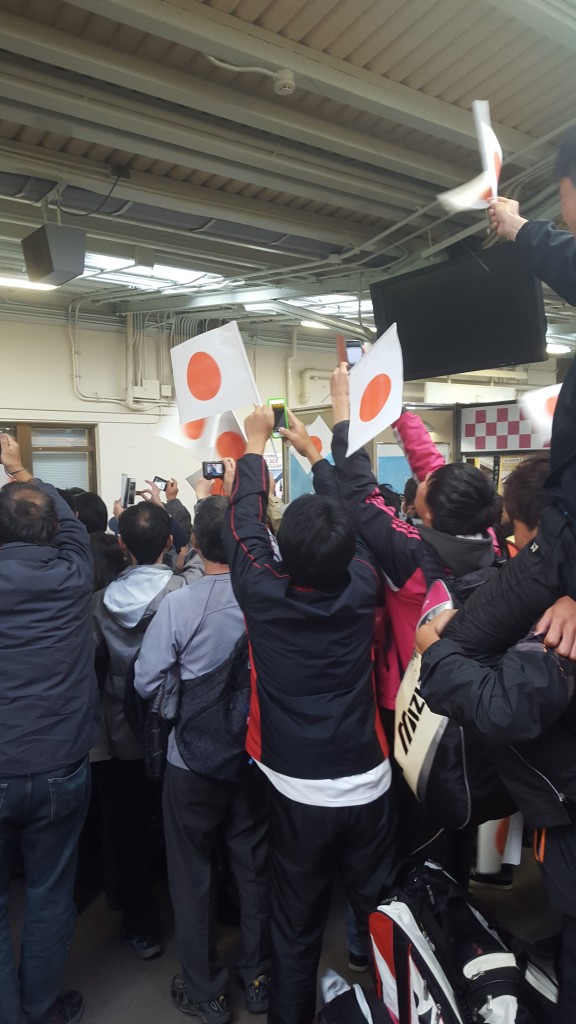 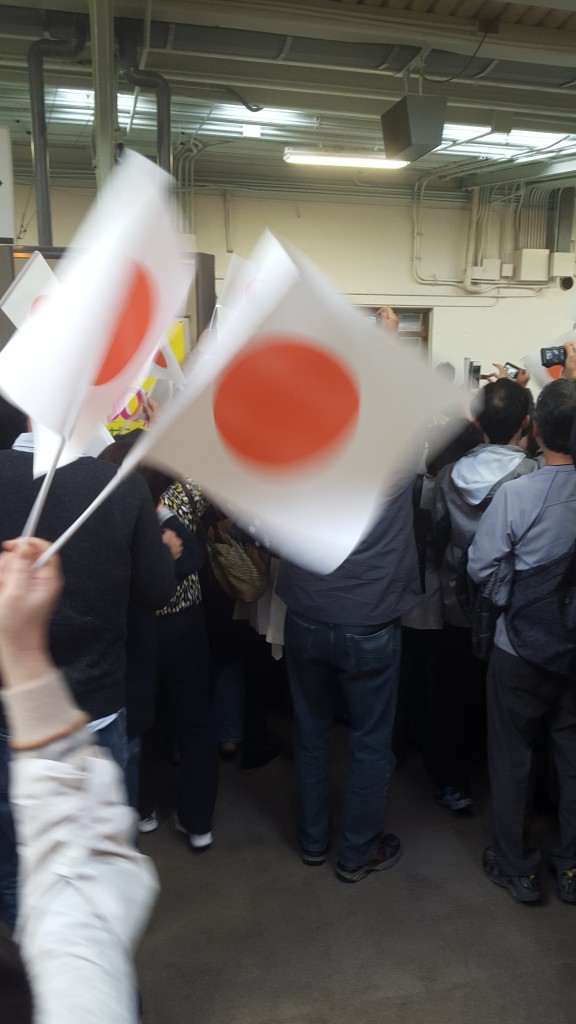 Josh got some wonderful photos! I’ll post a few here for now, but they deserve a post of their own. 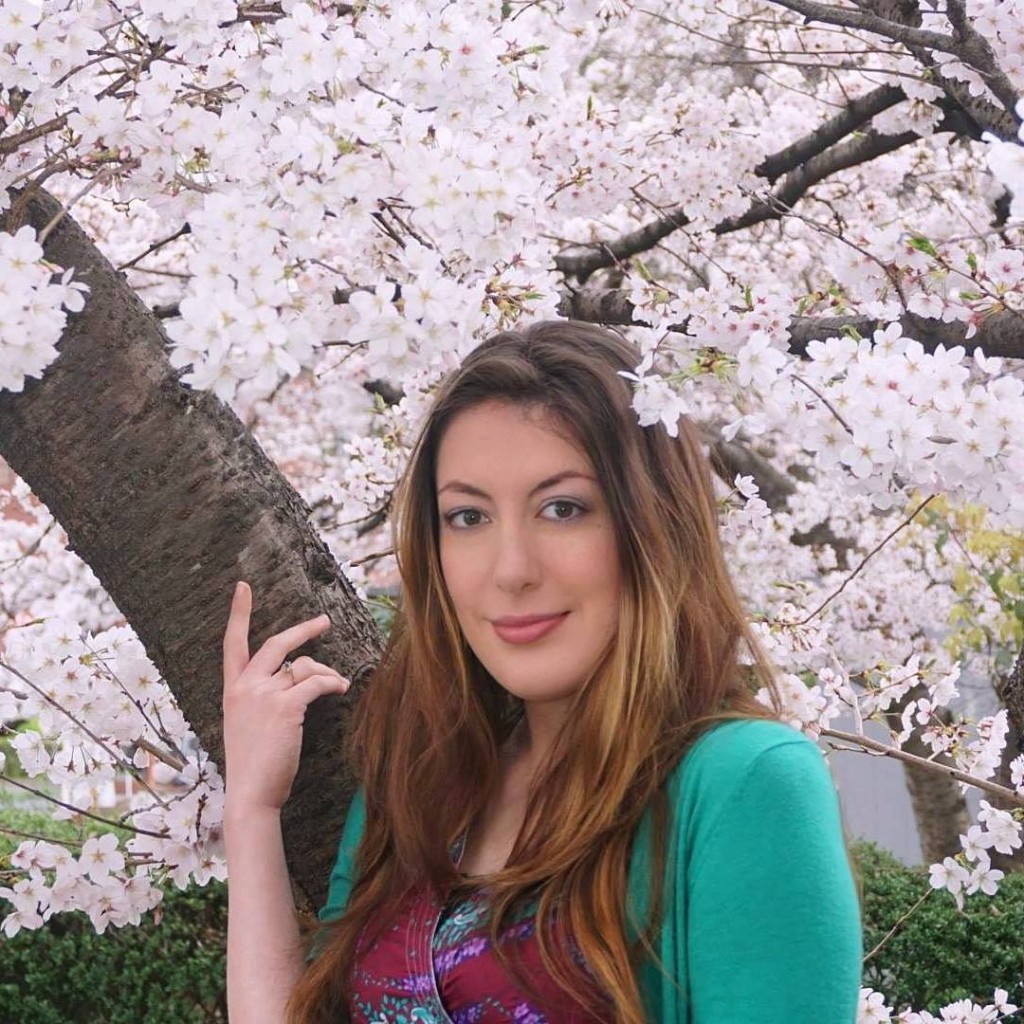 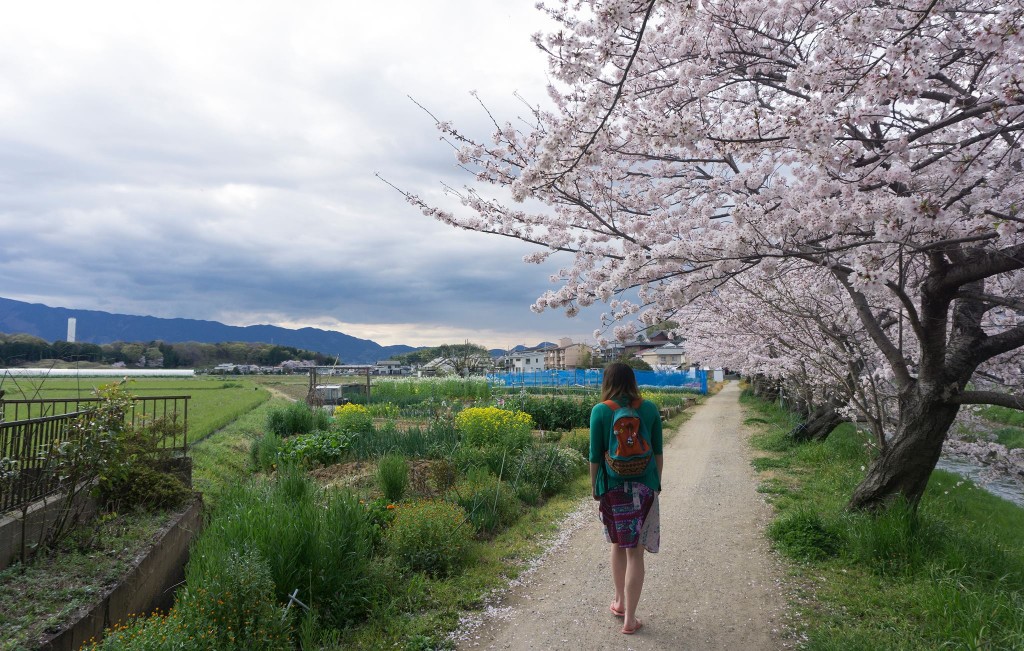 On our way back home, we noticed a new crowd at the station- this time with lanterns and flags, and shouting “Banzai!” At this point I got confirmation that the Emperor and Empress were indeed in town to commemorate the 2600th anniversary of the death of Jimmu-sama, the first emperor of Japan. He is said to have ascended to the throne at the base of Mt. Unebi (now enshrined within Kashihara Shrine). How exciting!! 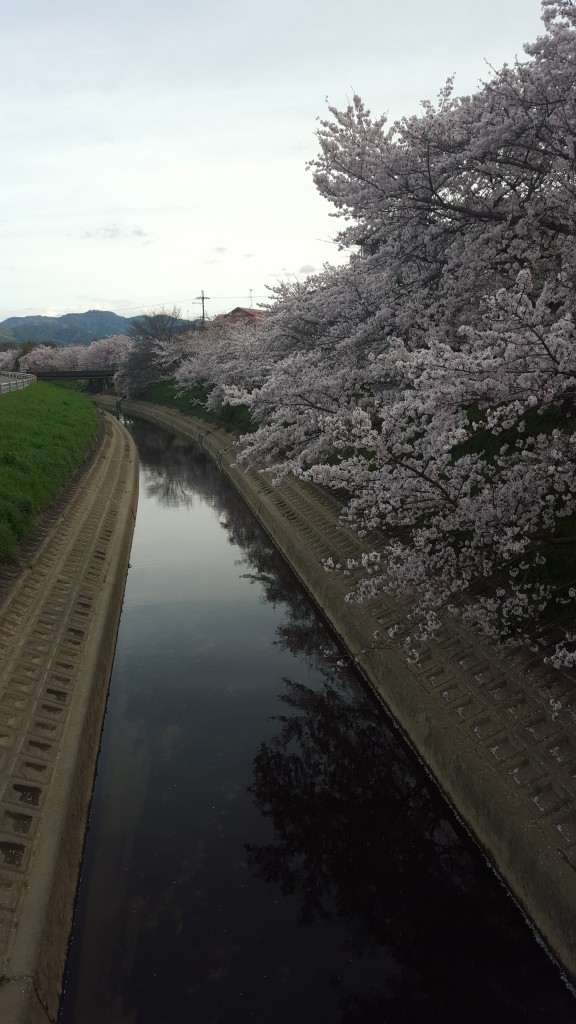 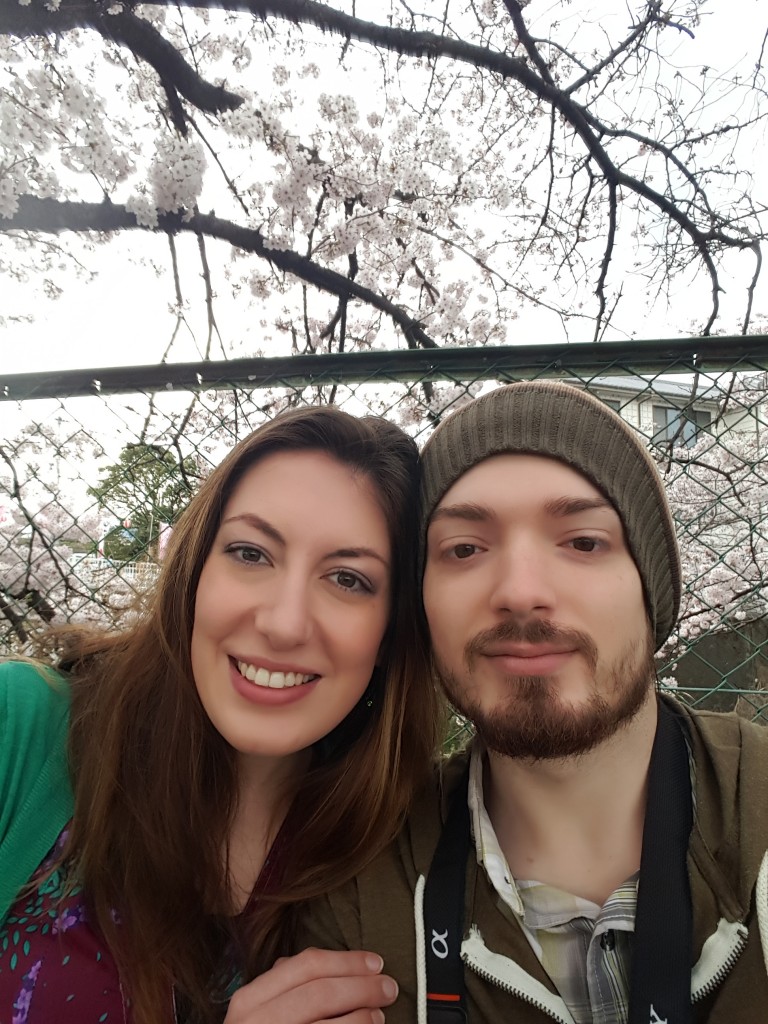 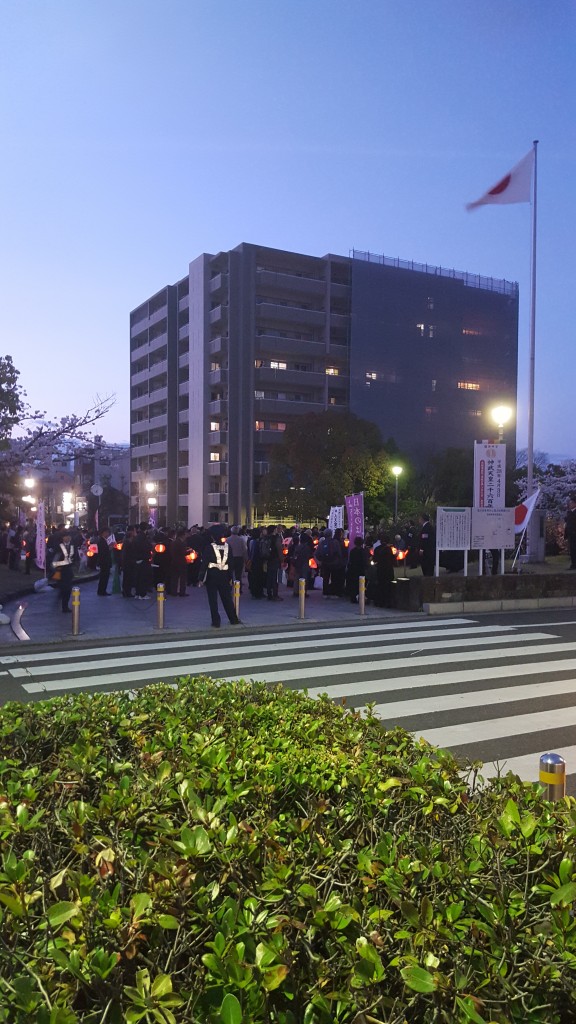 On Sunday, my friend Bethany and I decided to meet up for lunch at Kashihara Shrine, while lowkey hoping for a glimpse of the Imperial family. There was no telling if they were actually going to be there at that time, though, so I didn’t get my hopes up. On the way there, I noticed some flawless cosplayers from the series Kyoukai no Kanata (Beyond the Boundary- an anime series that takes place in Nara) doing a photoshoot at Kume-Dera Temple! I soo wanted a photo but didn’t want to disturb their work.

As we ventured closer to the shrine, we noticed huge crowds with flags yet again, as well as lots of security- could it be? We had time to eat maybe half of our lunch by the lake (which, by the way, was so gorgeous in all of its spring splendor) before we heard some loud cheering and rushed over to join the group. The Emperor and Empress were walking through the gates! I barely managed to snap some good shots- mostly because I got lost in the moment of waving and cheering from afar! When the Empress waved I heard lots of girls squealing. It was amazing to be that close! We met two more of our friends Casey and Kerry in the crowd, who also happened to be in the right place at the right time since they were spontaneously sightseeing.

The Japan Times wrote an article on the visit here! 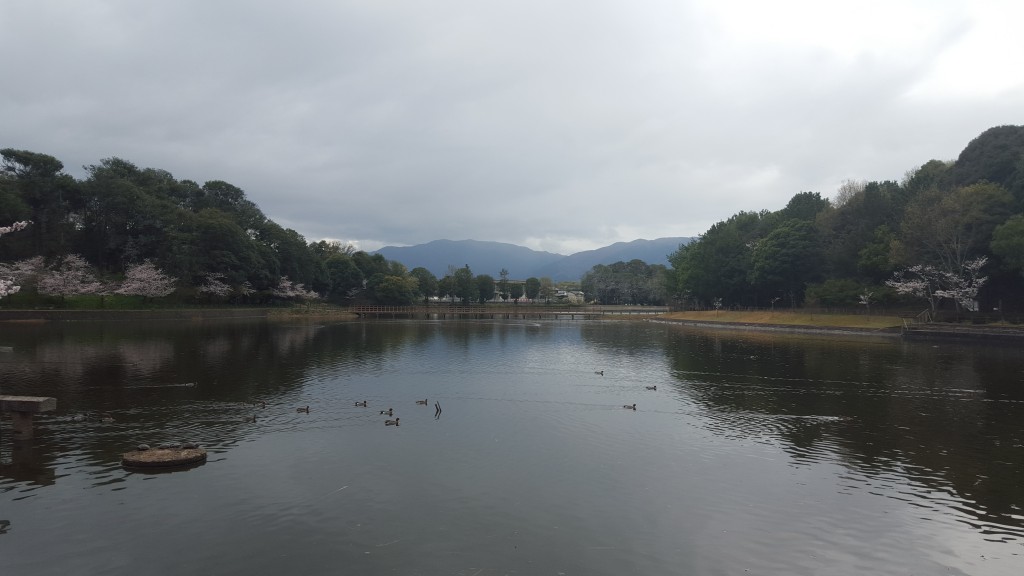 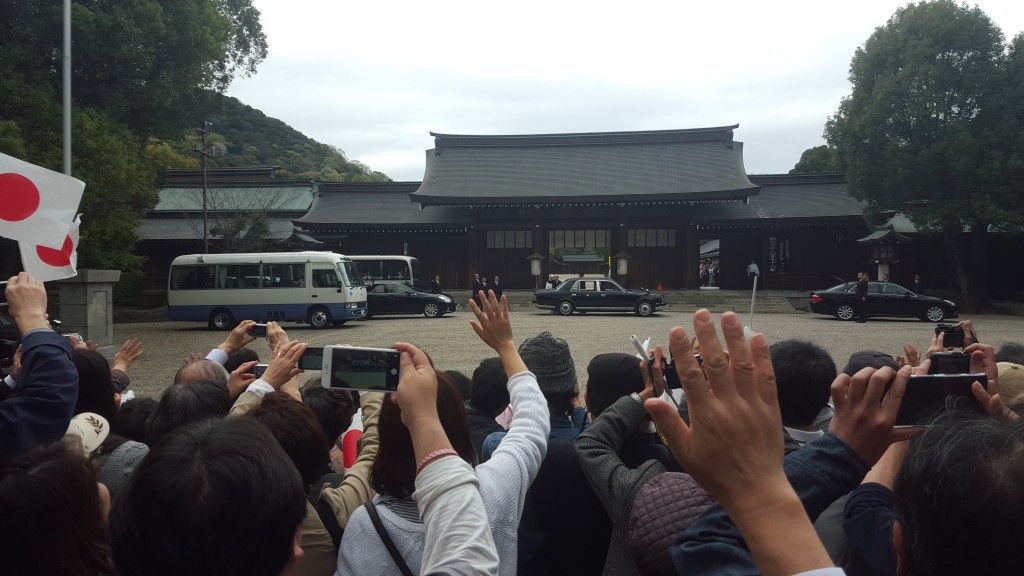 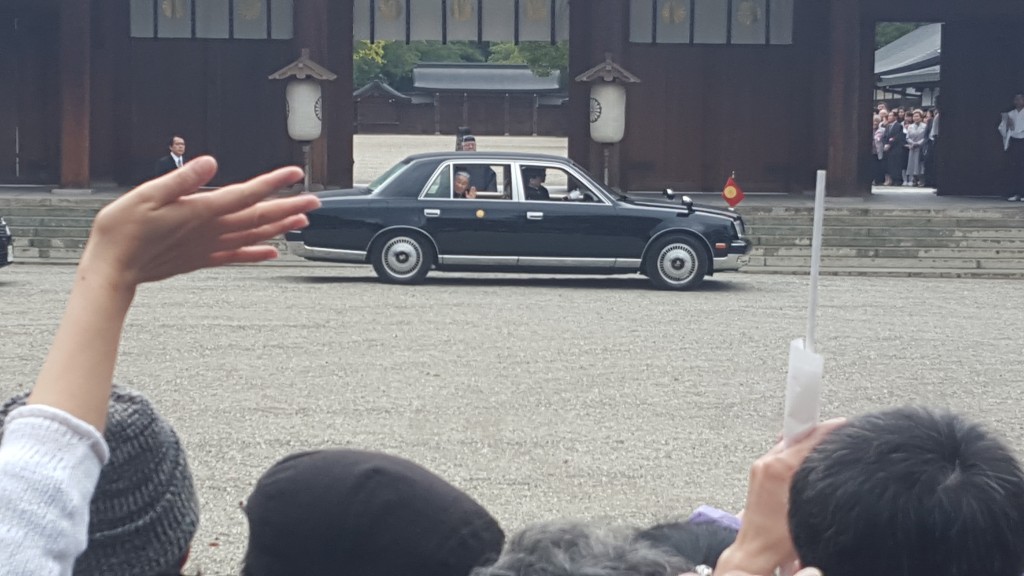 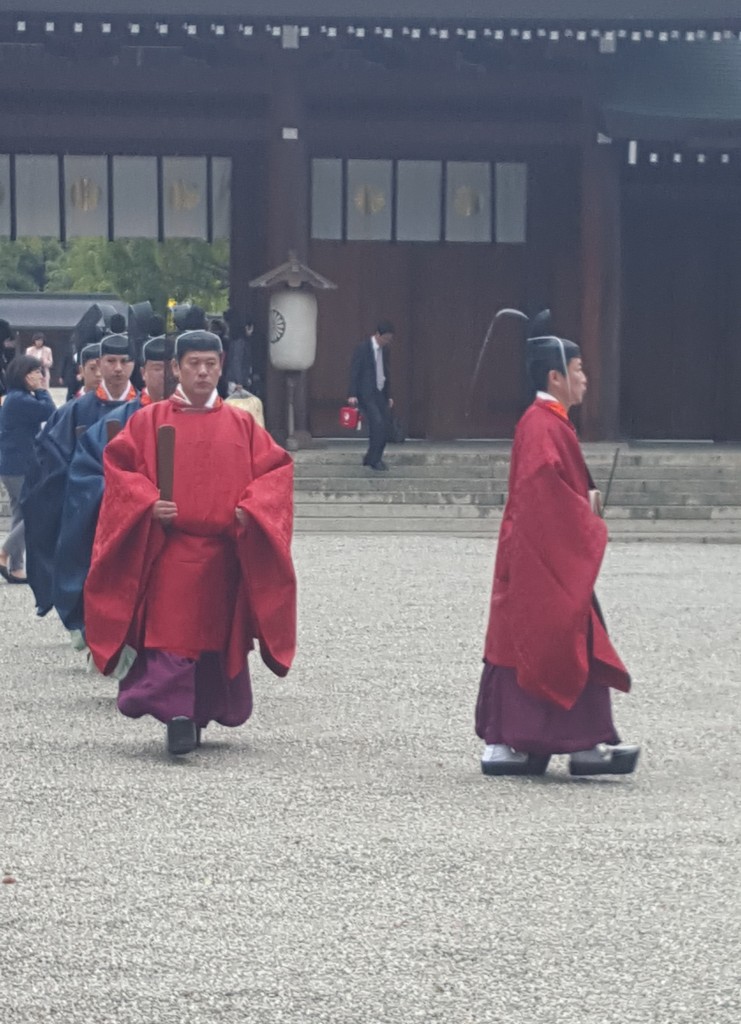 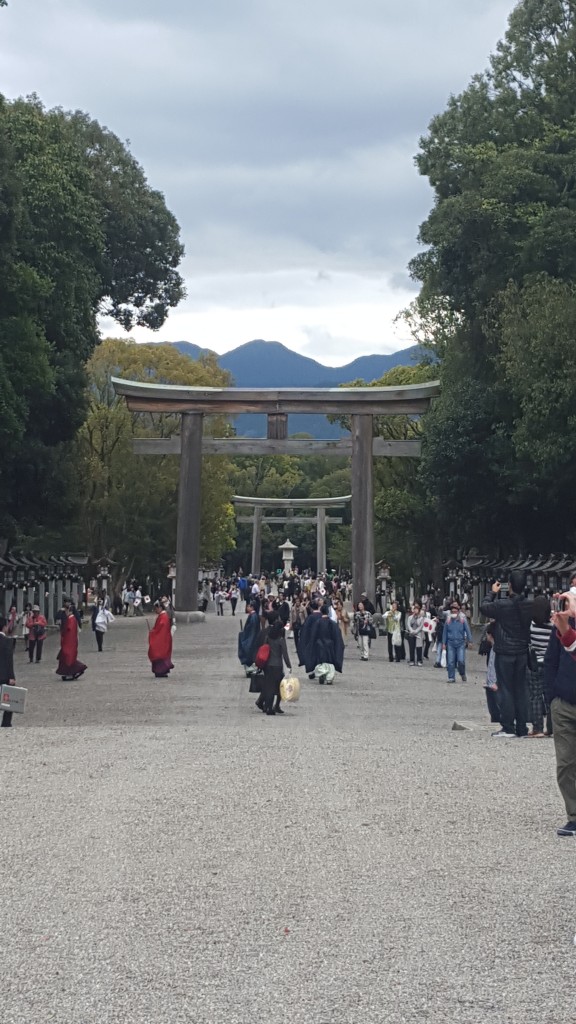 Lo and behold, I ran into the cosplayers again! This time they didn’t seem as busy so I timidly asked for a photo. I love the guy standing behind the sakura tree there. Darn my awkward nervous pose! I didn’t realize what I was doing till later. Oh well! It was cool to meet them, and they seemed surprised and happy that I knew about the series. 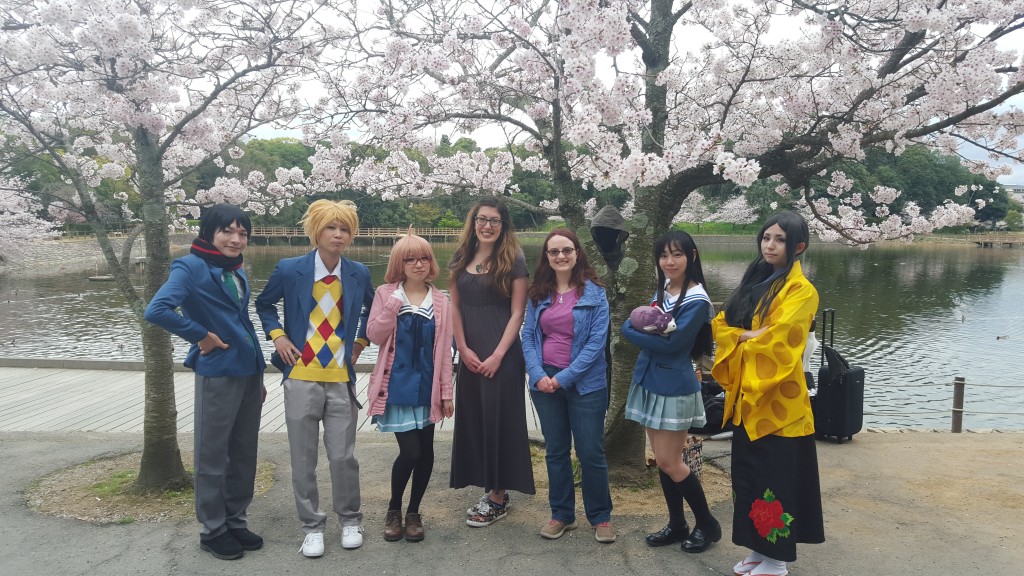