We went straight to Osaka from the hiking event in Nara with a suitcase of our costume supplies. We were staying with a group of other ALTs in a swanky airBnB apartment and we stopped there first before having dinner at an awesome Mexican restaurant to celebrate our new friend Rachael’s birthday.

I must admit, it was surreal walking into the restaurant. For one, “authentic” Mexican food is extremely rare in Japan. Secondly, with the mariachi music and decor, it felt just like I was eating out in Jackson again. Even the menu looked really similar to Los Portales or Don Panchos. Ordering in Japanese there felt really strange. I ordered an enchilada which tasted very nostalgic except for a difference in the red sauce.

We went back to the apartment and got dressed in our costumes! Josh went as a very dashing Ezio from Assassin’s Creed, while I opted for Marie Antoinette. I was going to curl my hair but decided against it when none of it would hold. My intention was to slightly match Josh’s costume with the historical figure/time travel theme (I know Ezio is a wholly separate era than Marie, but neither of us liked the French Revolution characters from Unity as much as we liked Ezio!) I knew Josh’s character would be recognizable, but I was shocked that many Japanese people were calling me out by name and asking for pictures!

The party itself was really big and exciting, but I found myself wishing for some dubstep over the bland EDM playing on loop throughout the party. I was wanting to throw down a bit instead of doing the bounce-like dancing I went with most of the night, but I never really felt the music allowed for it. C’est la vie!

I wish I would have taken more pictures of my costume, (.-_-;;) but here are some highlights from the night! 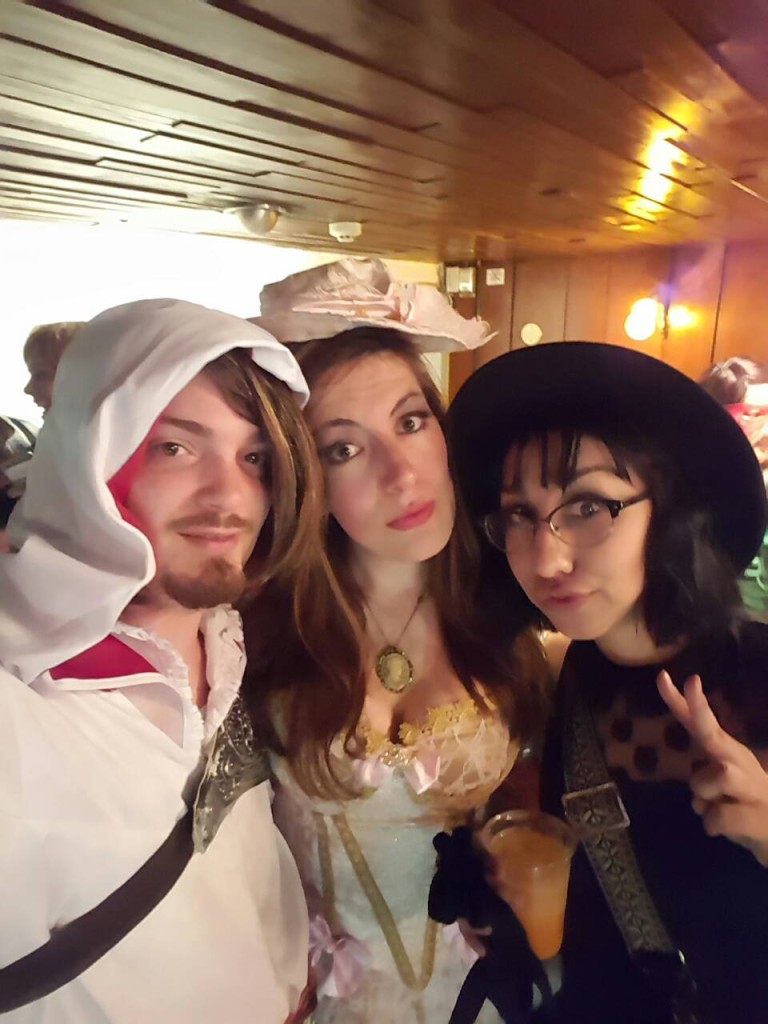 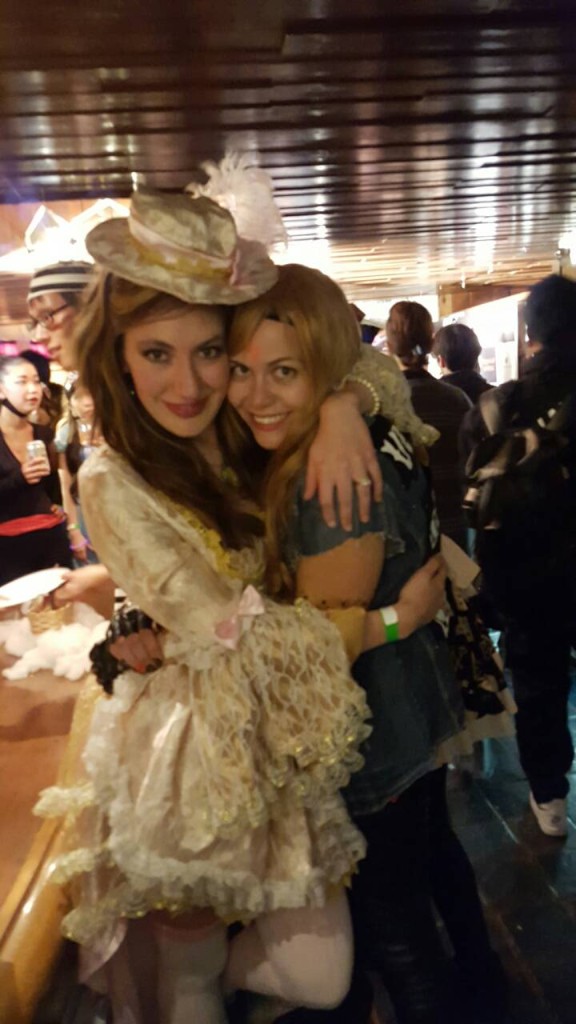 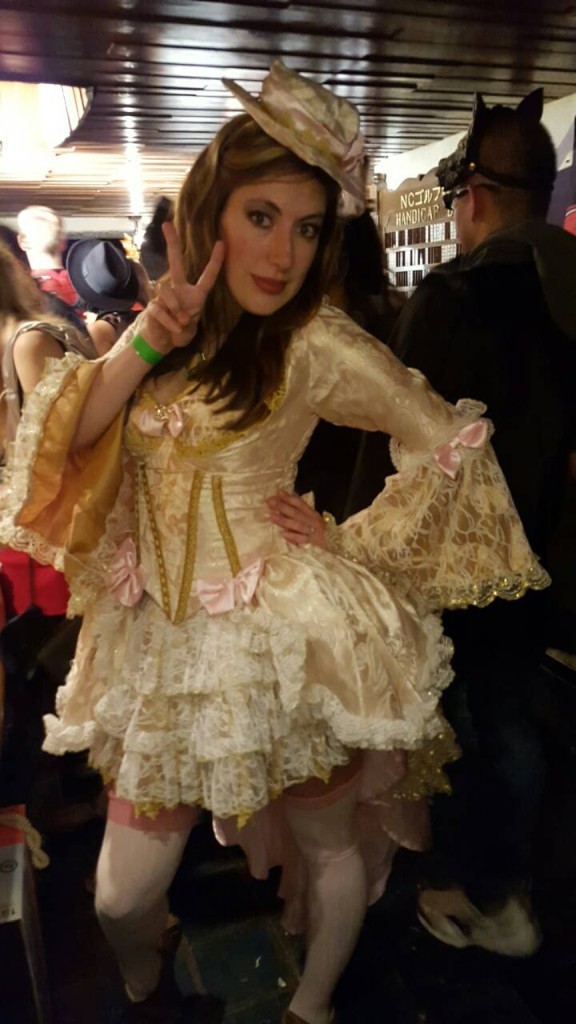